Jim Rea – Helping you meet all your real estate needs

The 41st showing of the Prix de West invitational art exhibition opened at the National Cowboy & Western Heritage Museum in Oklahoma City on June 13th.  One of the top western art shows in the country, it features the foremost painters and sculptors of western, southwestern, landscape and wildlife genres from across the country.

Jodie and I always enjoy attending the Prix de West to catch up with the collectors, artists and museum folks who have become close friends over the years.  Two days of events include seminars, book signings, receptions, the Prix de West sale, and the awards banquet that features a smaller auction of fine western art.

This year, the big surprise for us was that long time friend and CAC Signature artist Jeremy Lipking was awarded the coveted Prix de West Museum purchase award in only his third outing at the show.

Here is Jeremy receiving the award medal at the awards banquet and another photo of his wife Danielle and their baby as they look on when the award was announced earlier in the day at the luncheon. 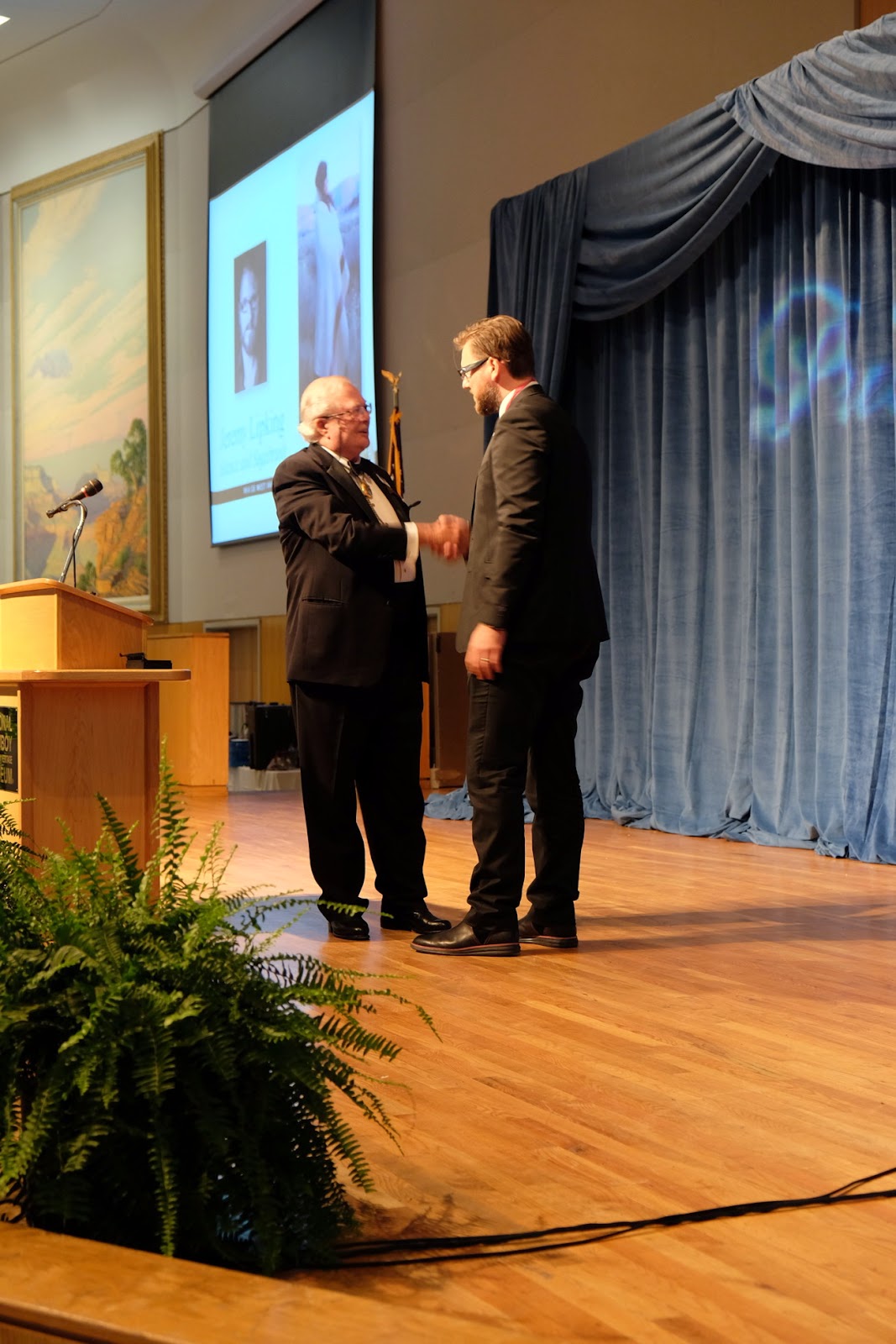 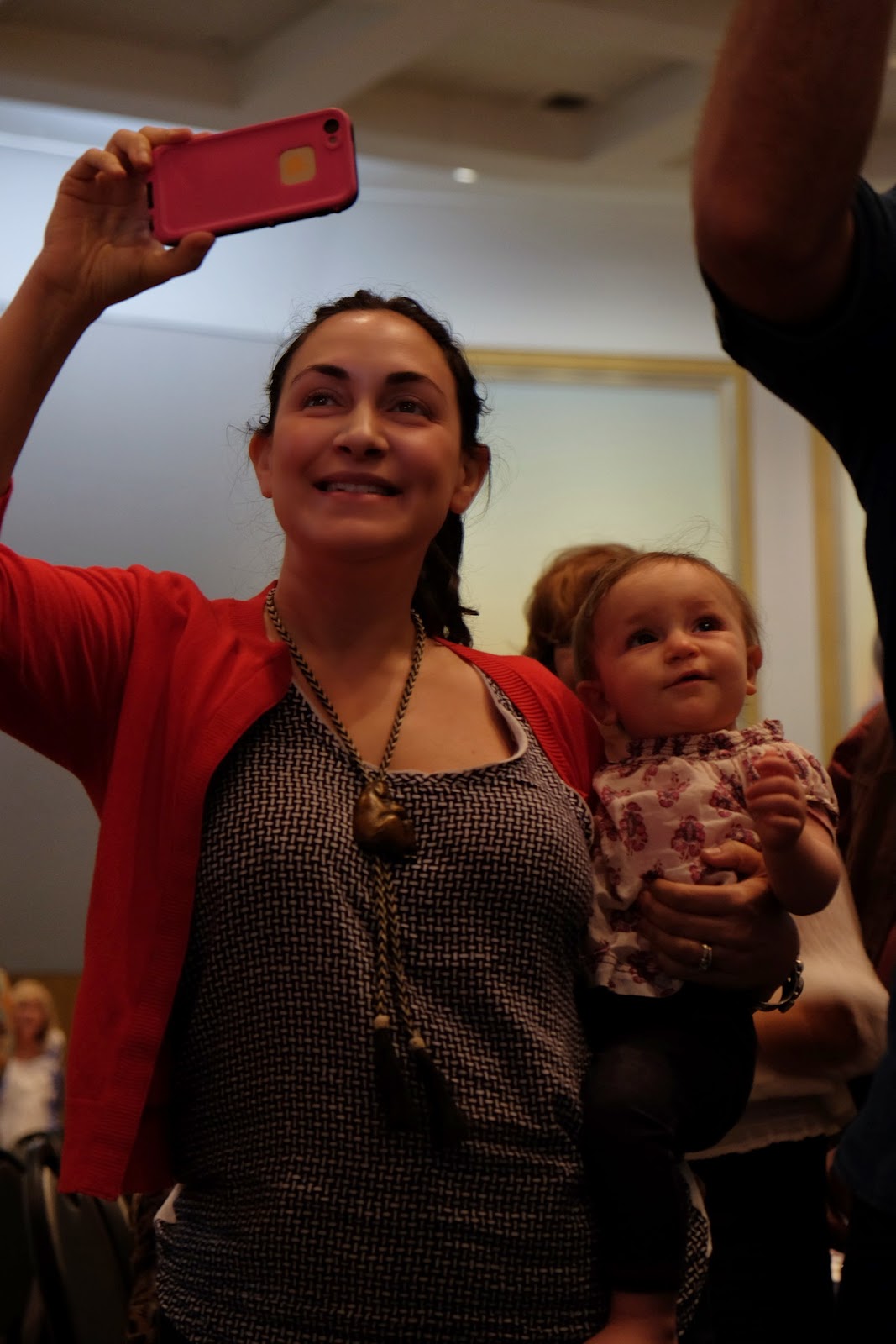 CAA Artist Loren Entz won the Express Ranches Great American Cowboy Award for his oil painting “When the Work’s All Done This Fall”.

Finally, John Coleman won both the James Earle Fraser Sculpture Award and the Buyer’s Choice Award for his stunning monumental sized “Honeymoon at Crow Fair”.  It was definitely a crowd pleaser.

The rooms were full both at the Friday night reception and the Saturday evening sale as buyers worked the room to figure out which works they wanted to put in to purchase. 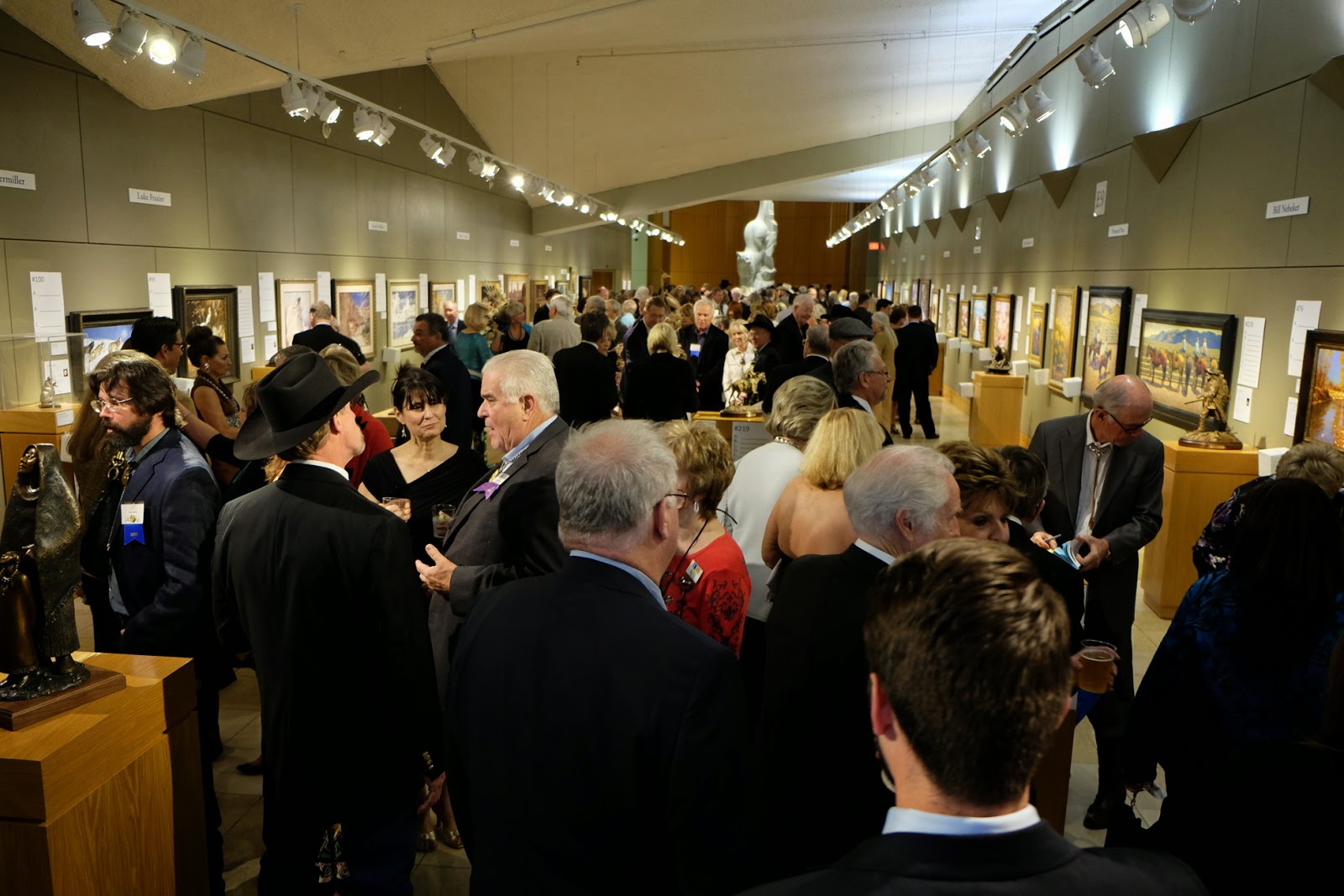 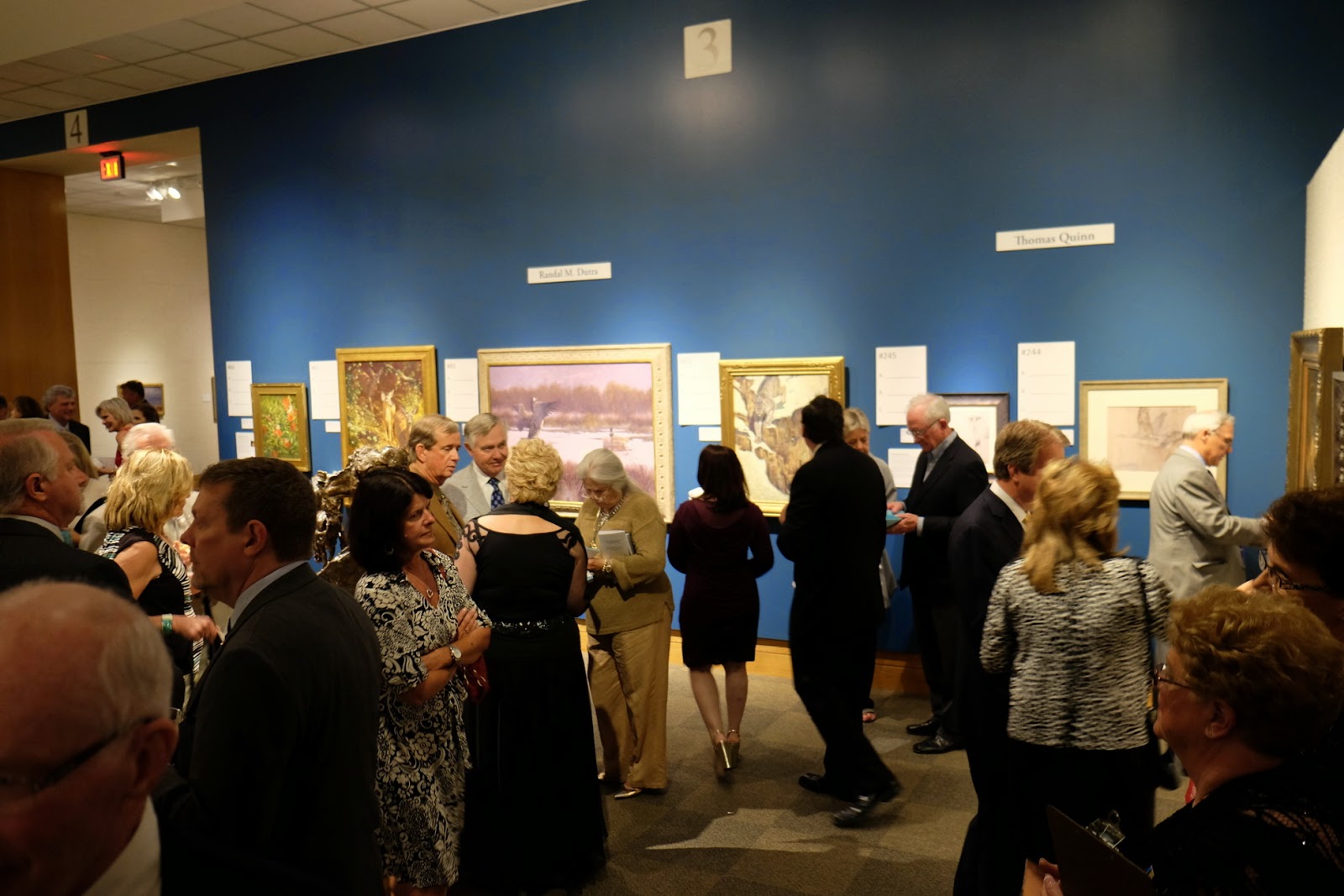 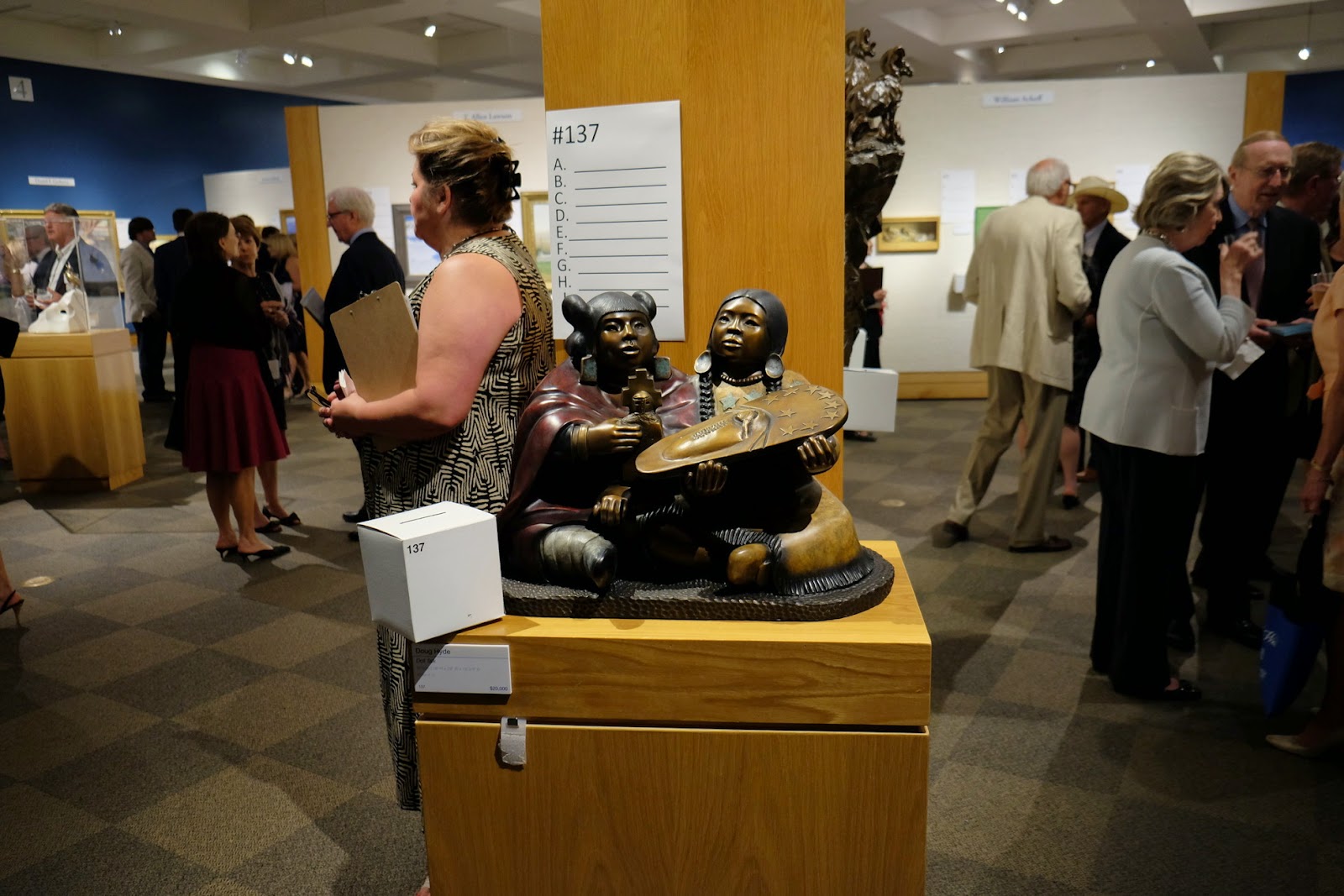 Linda Teague Biro, daughter of the late and legendary painter Donald Teague gave a wonderful presentation about her father’s career entitled “Donald Teague, A Life In Color”.  I wish I had the space to completely cover her presentation because it was enlightening, entertaining and quite fascinating.

Another great surprise at the show this year was to learn the Dr. Steven Karr had been selected to be the new CEO of the National Cowboy & Western Heritage Museum, replacing Chuck Schroeder.  We initially knew Steven when he was Director of the Southwest Museum, one of the museums in the Autry National Center.  He then moved to San Antonio to start the Briscoe Museum and there saw to the completion of their new world class facility.  We were thrilled to learn that he will be joining the Cowboy Museum and look forward to working with him there.  He was joined throughout the festivities with his lovely wife Carrie.

Of course it is always great to see our many artist, collector and museum friends at the show.  I posted lots of photos of them along with many other images from the show on my website at jimrea.com/zenphoto/PDW2014.  I would like to wrap up with one photo I took of our friend, sculptor Gerald Balciar.  Jerry carved the huge monumental sculpture of a mountain lion climbing down a canyon from a single piece of marble weighing more than 31 tons.  It sits at the end of the main foyer before the entrance of the Gaylord Exhibition Wing.  The sculpture was so tall that he had to sculpt it laying on its side.  The finished sculpture weighs more than 8 tons and stands 15′ above its base.  Toward the end of the festivities, I grabbed this shot of Jerry next to his “Canyon Princess”

For more photos from the show:
http://jimrea.com/zenphoto/PDW2014

For images of the art from the Prix de West:
http://www.nationalcowboymuseum.org/events/pdw/2014/list.aspx?type=all