Jim Rea – Helping you meet all your real estate needs

Happy New Year to everyone.  As we kick off 2015, it is always informative to take a quick look back at the 4th Quarter of last year and see how the local real estate business did in comparison to 2013.  Sotheby’s International Realty recently released their Greater Los Angeles Market Update – Fourth Quarter 2014. 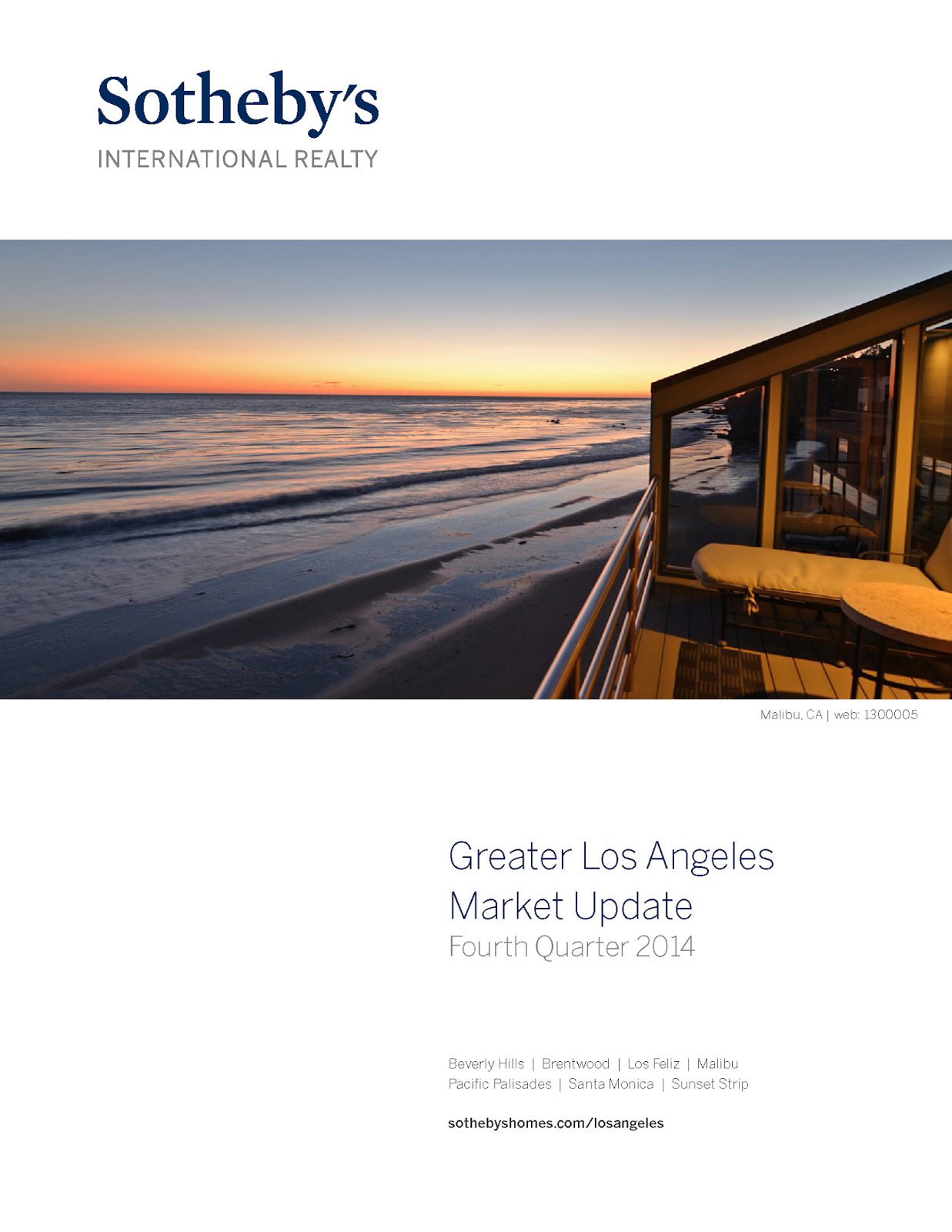 Sotheby’s International Realty publishes the ultra-luxury RESIDE magazine quarterly showcasing some of the finest in arts, jewelry, travel, wine and other essentials of luxury living along with some of the most exquisite estates available for sale in the world.  The fall edition of this wonderful magazine was recently published and I am happy to share with you a preview of its stories.  Even better than that, you can find a link at the end of this article to download the full copy for your personal enjoyment. 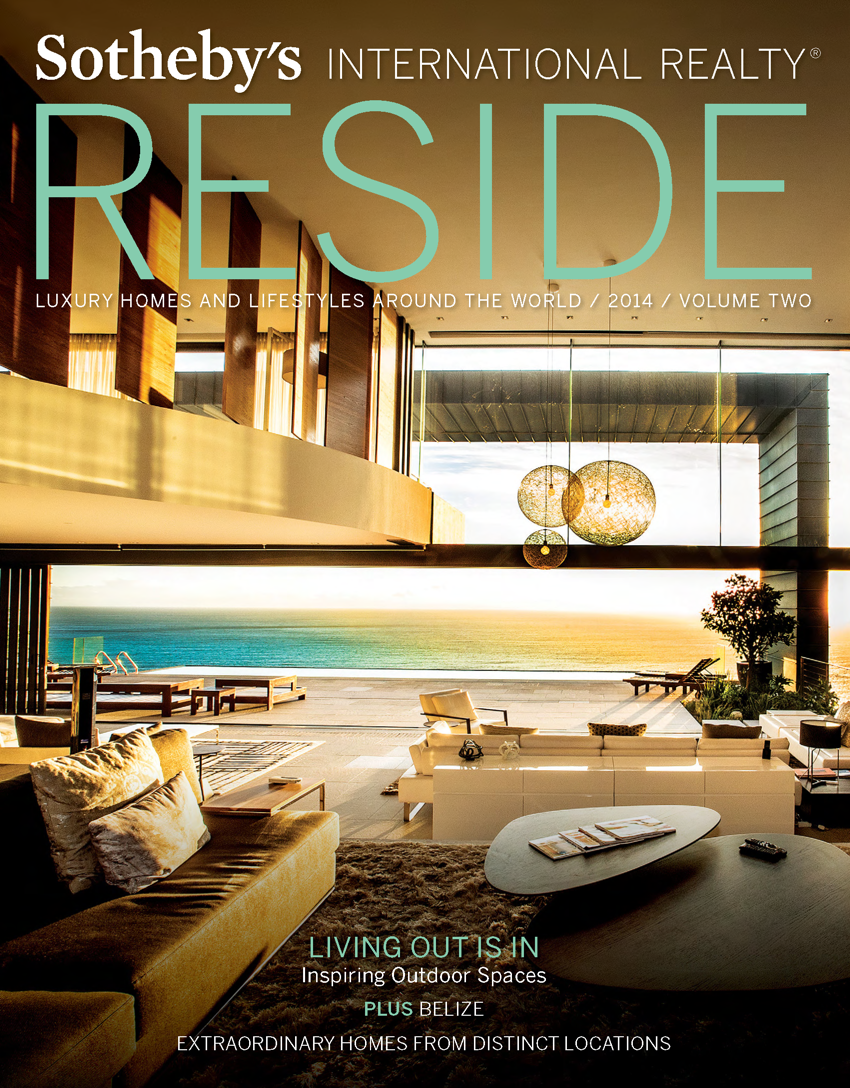 Saturday, October 25th, 2014 marked the 10th outing of the Masters of the American West Paintout and was held for the first time at the beautiful Descanso Gardens in La Cañada-Flintridge.

The Paintout began as a collaboration between the California Art Club and the Autry National Center.  John Geraghty, the primary force behind the Autry’s Masters of the American West  worked with CAC Executive Director Elaine Adams to come up with an event which allows top collectors from both the CAC and the Autry to enjoy the day watching and getting to better know these top flight artists.  The Autry has produced the event since the inception while artists participating in the event come from the ranks of the Masters of the American West and top California Art Club artists.  For the past several years, fellow Autry Trustee Calvin Gross and I have served as the Co-Chairs for the event.… Read the rest

C-CAP, the non-profit Careers through Culinary Arts Program works with underserved high school students in public schools around the country to help prepare them for college and career opportunities in the restaurant and hospitality industries.  Students work with chefs in some of the country’s top restaurants to provide them with hands-on experience working in the commercial culinary arts environment.  This was the setting for the latest C-CAP Los Angeles dinner that was held at the new (and not yet even opened) Redbird Restaurant at the Vibiana special events center. 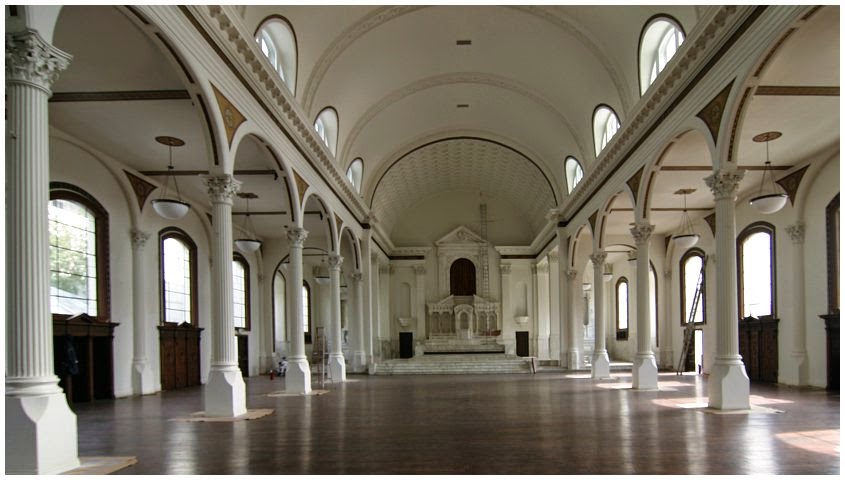 The Big One! It is not so much a question of if, but rather when.

A major earthquake of a magnitude greater than 7.0 striking the San Andreas fault may jolt Los Angeles much harder than previously thought, scientists say.  According to a seismology study published earlier this year by scientists from Stanford and MIT, if a large earthquake hits the San Andreas fault near Palm Springs, the seismic waves will travel along a path near Interstate 10 into Los Angeles where the city and suburbs will experience stronger motion than previously believed.

According to the ShakeOut Earthquake Scenario, a study by the U. S. Geological  Survey and the Southern California Earthquake Center on the impact of a 7.8 earthquake in Southern California reveals that an earthquake with an epicenter at the Salton Sea on the San Andreas fault would radiate all along the fault line and also radiate across Los Angeles County to the Pacific Ocean.… Read the rest

UPDATE:The results of the election are final and I was unsuccessful in my bid to be re-elected to the position of Area 3 Representative.  I do wish to continue to serve the community and look forward to find other ways to contribute to the well-being of the community.
As many of you who live in Pacific Palisades know, the Pacific Palisades Community Council is holding their once every two year elections for Area Representatives in the coming weeks.  I have served on the PPCC as the Area 3 Representative for the last four years and this year I am running for re-election.  Unlike prior elections, this year one candidate is running against me and several other Area elections will see multiple candidates running for office.
… Read the rest

At its September 11, 2014 meeting, the Pacific Palisades Community Council after hearing input from the community, passed two resolutions regarding this Parklet project and future proposed Parklet applications.

“The Pacific Palisades Community Council finds a consensus in favor of parklets in general but is opposed to the specific parklet proposed for the Alma Real and La Cruz intersection. Accordingly, PPCC requests that PRIDE withdraw its application and/or that the City reject or rescind its approval.”

Passed Unanimously the following motion recommended by leadership of the Westside Regional Alliance of Councils (coalition of all 13 Neighborhood and Community Councils on the Westside of Los Angeles, of which PPCC is a member):

“WRAC urges the Mayor, LADOT and the City Council to amend the process for consideration of design and location of L.A. People St projects (including Plazas, Parklets and Bicycle Corrals) to include a requirement for advance notice to and consultation with Neighborhood and Community Councils.